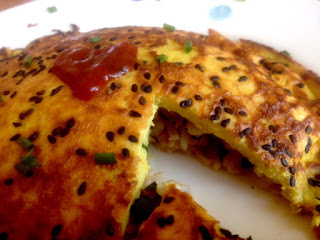 Omurice, or omuraisu, is a common item on children's menus in Japan, and is a really great comfort food - although normally it's made with chicked fried rice, rather than veggies.  The techniques for covering the rice with the egg are many and varied, and some are down-right acrobatic! Here, I'm using the simple 'place on top' technique, but you can experiment with putting the rice on the omelet as it cook and folding it into itself, etc. etc.

Top it off with ketchup in the shape of a heart, and you're eating like a true Japanese Robot! 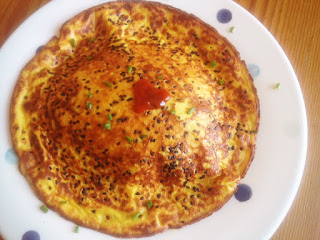 Start by preparing the rice:  fry the onion until caramelised, then add the pepper, peas, cashews and rice, and combine well.  Fry until the rice is starting to crisp up, then add the liquids and continue to fry, stirring constantly, until these are absorbed.  Take off the heat and set aside (add the spinach now, if using).

In a blender, combine all the ingredients for the omelet.  Heat 1 tsp of oil in a frying pan, and pour 1/4 of the batter on top.  Spread the batter until it is even, and quite thin (about 1/4 of an inch thick is ideal).  Cook over medium heat until browned and bubbles start to come through the batter, then flip and cook on the other side until just barely set.  - if you want the rice to be inside the omelet, add this to the uncooked side before flipping, then fold in half when finished -

Mold a quarter of the fried rice into an oval shape, and top with one of the omelets.  Make sure to serve with plenty of ketchup! 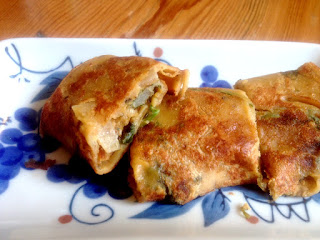 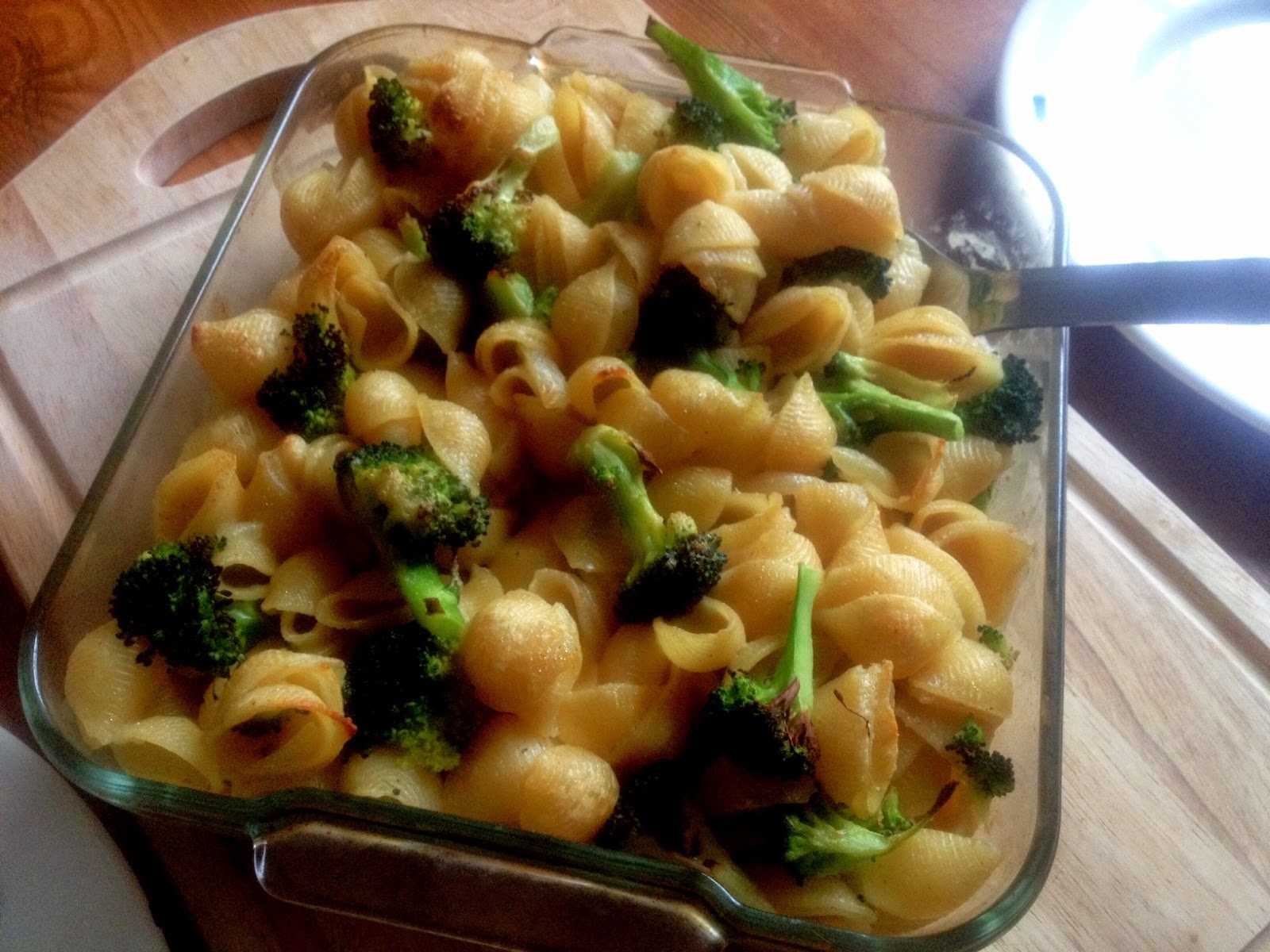